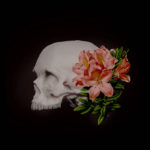 Episodes are published for two months after the original air date.  Please use the contact page to inquire about archived episodes.

This week:
The Atkinsons, Mighty Joshua – two of five Richmond bands in the running to play Lock’n 2017 (along with Devil’s Workshop Big Band, Afro-Zen All Stars and Big Mama Shakes).  See all the Virginia bands and vote for your favorite here: https://www.locknfestival.com/RTLvote.

THE ATKINSONS – No Ordinary Home
-Mile Marker
-2001
-https://www.theatkinsons.us/
-one of 5 RVA bands as finalists to play Lock’n Festival
-Richmond bands up for the vote: Devils Workshop Big Band, Mighty Joshua, Afro-Zen All Stars, Big Mama Shakes, and The Atkinsons.
-see all the Virginia bands in the running and vote here: https://www.locknfestival.com/RTLvote